Up until the 1920s, interstate roads in America were created and managed by local businesses to support their commerce. However, this resulted in a hodgepodge array of disconnected roads. In 1921 the US government enacted the Federal Aid Highway Act of 1921, providing funds to states to develop a cohesive interstate road system. The most famous road to be created under this funding is Route 66, the premiere east-west route. However, an equally important road in US history is Route 89, the king of the North-South routes. Route 89 starts at the Mexico Border at Nogales Arizona, covers 1,342 miles traveling through 150 small towns, and connects seven national parks ending at the Canadian border just east of Glacier National Park in Montana.

One of those small towns along Route 89 is Yarnell, Arizona. In 1933 the section of Route 89 that is effectively the main street of Yarnell was paved, providing an easy route between Phoenix and Prescott. This resulted in more cars traveling along this route, and one can imagine many early cars needing to refuel after navigating the Yarnell hill with its 2,700-foot altitude gain and countless switchbacks. So there is no better place to have a gas station than in Yarnell. 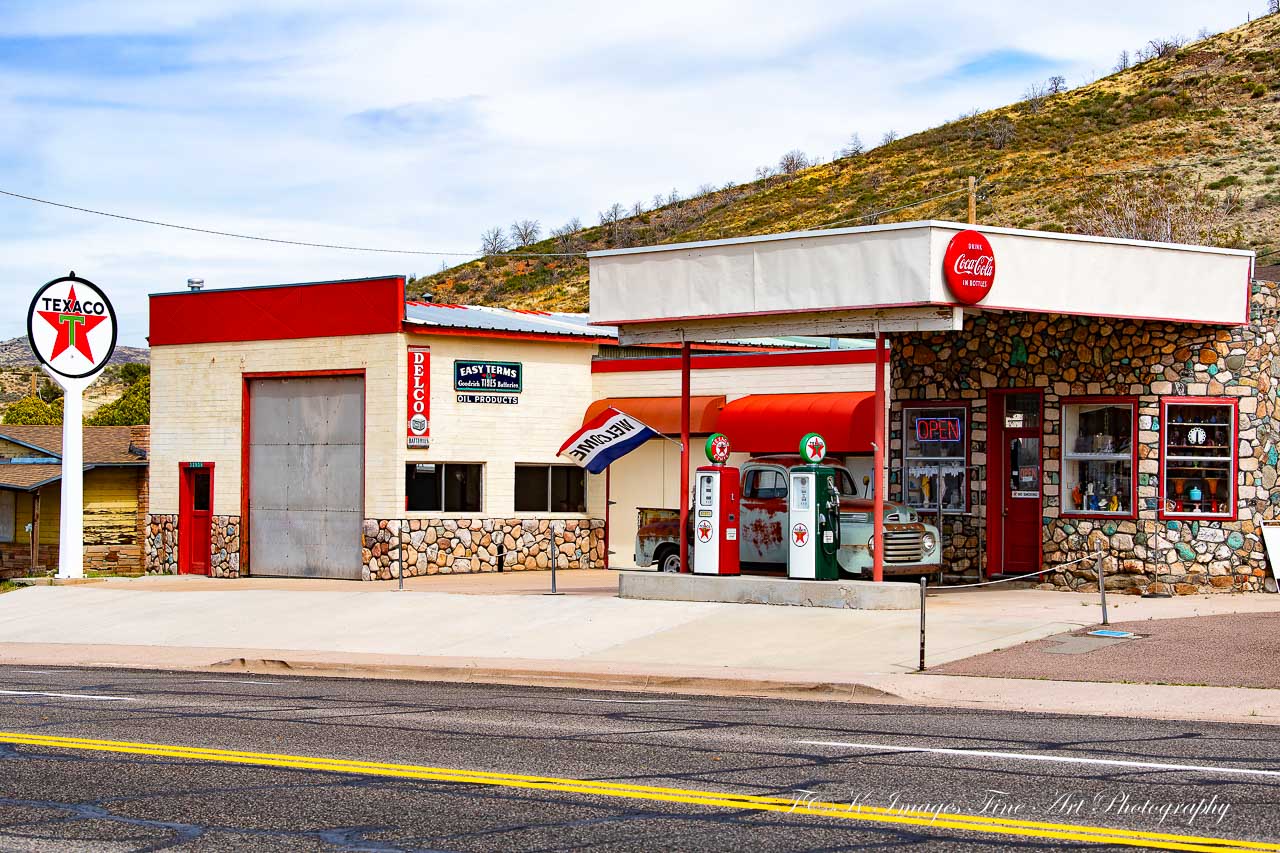 Built in 1933, this Texaco station is located directly across the street from Yarnell's trading post and post office. At the time of its construction, there were very few businesses in town, and it was considered the town's heart. As with many early gas stations in the west, the station was built with locally sourced materials, in this case, rocks from the surrounding hills. 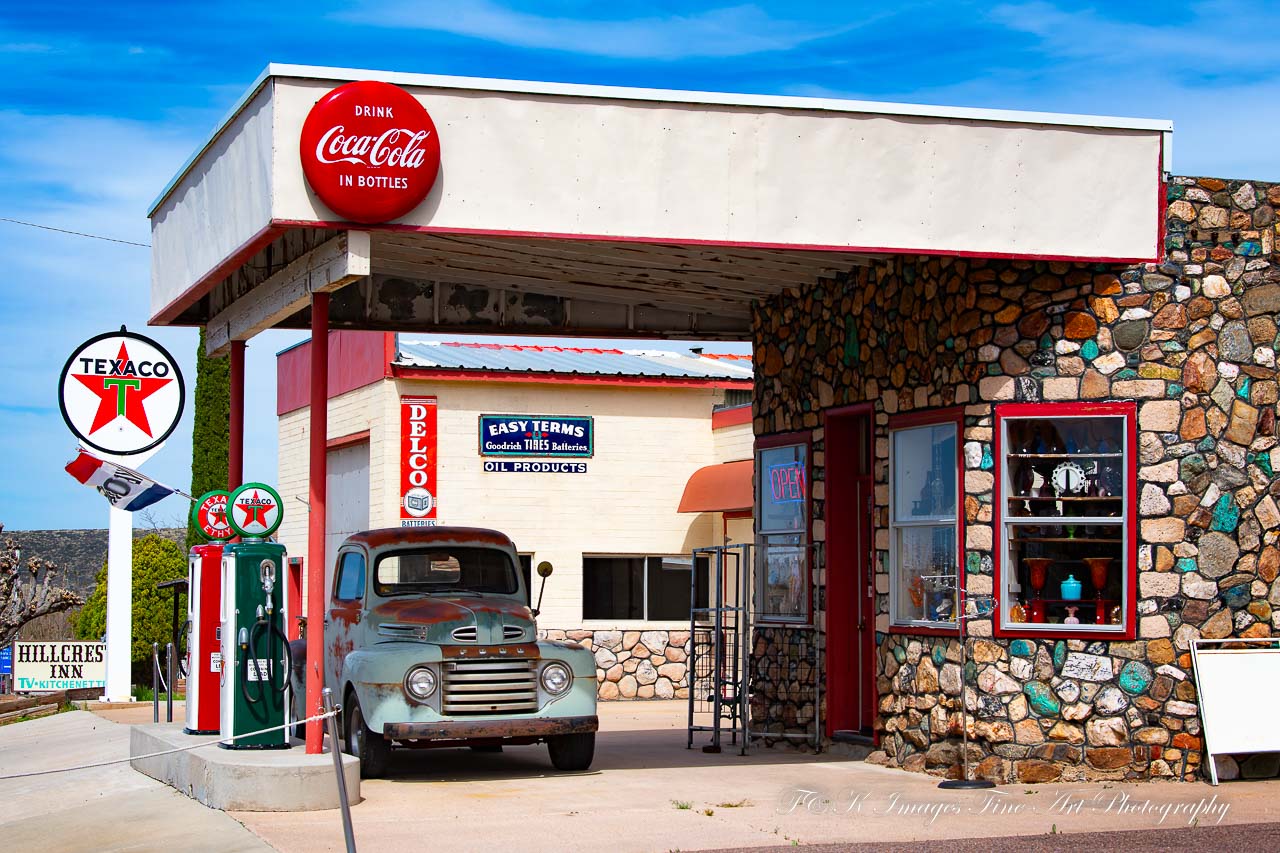 This gas station operated as a full-service station from 1933 until the early 1990s. During that time, the station had a few owners, but thanks to Errol Eastwood and his family, the true spirit of a 1950s Texaco Station is returning to life. 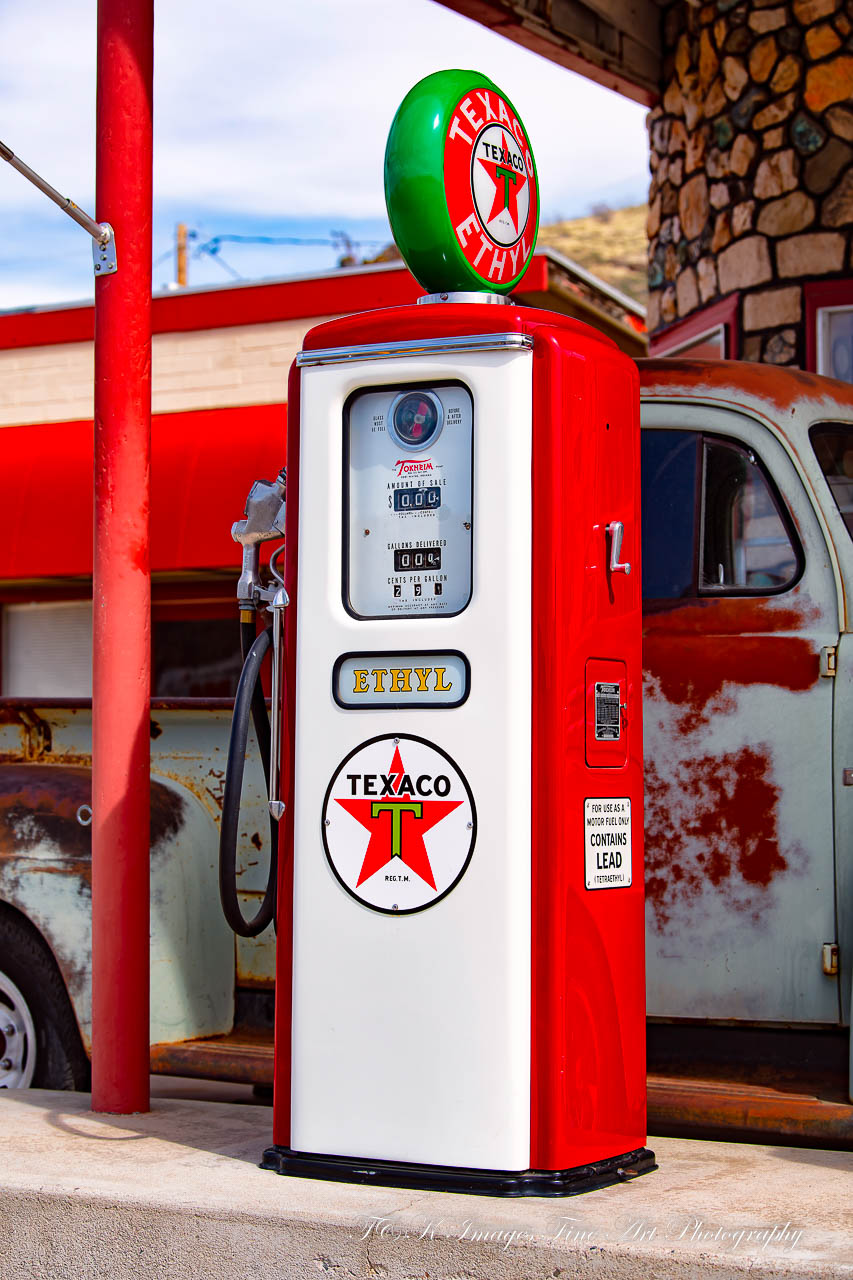 The Tokheim Model 39 gas pumps were very popular in the late 1940s and into the 1950s. The lighted globe on these pumps allowed the stations to market their product and made them an icon of the time. Few things epitomize the draw of the open road of the 1950s more than these pumps. The station sports two skillfully restored Tokeim Model 39 Texaco pumps. 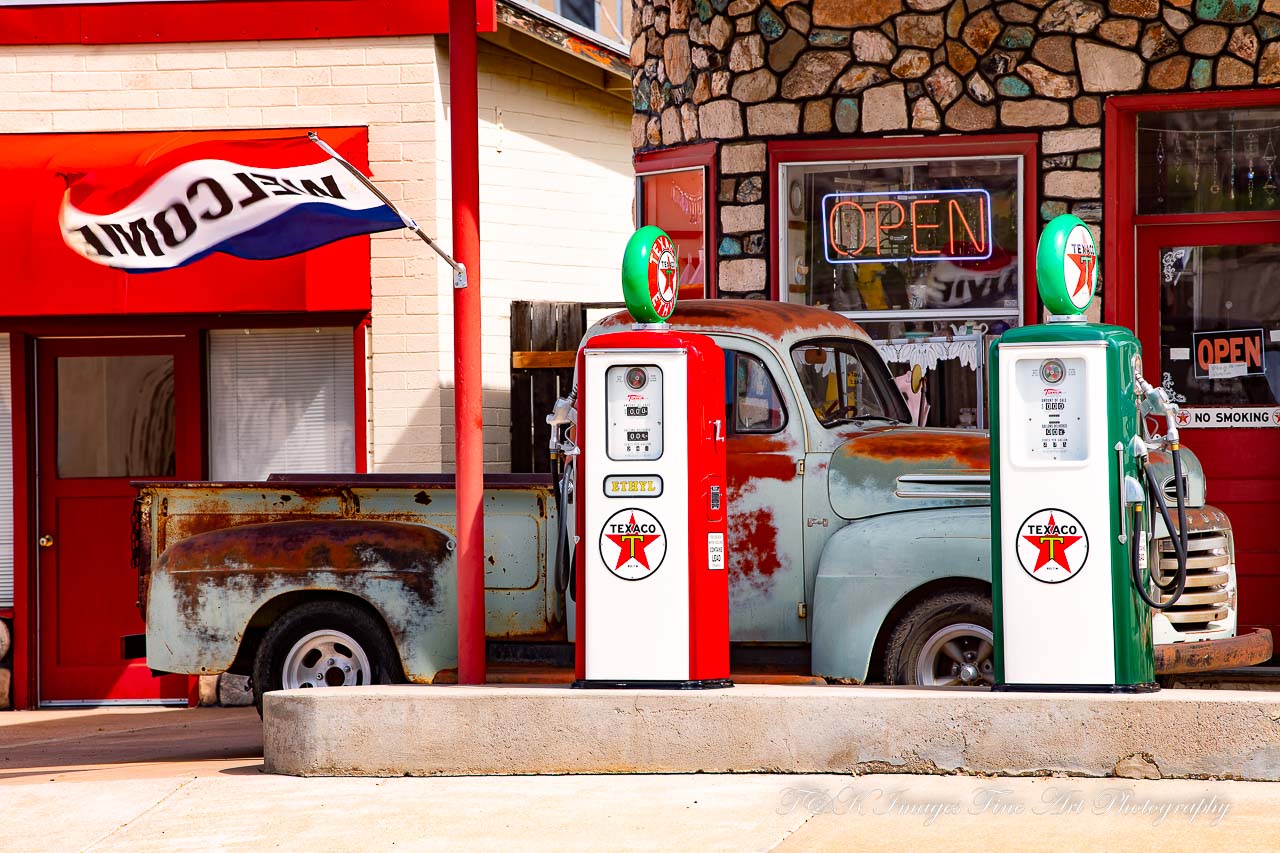 Always Trust Your Car to the Man Who Wears a Star

Adding to the full effect, the station has a 1950 F-1 Ford pickup at the Ethyl pump. 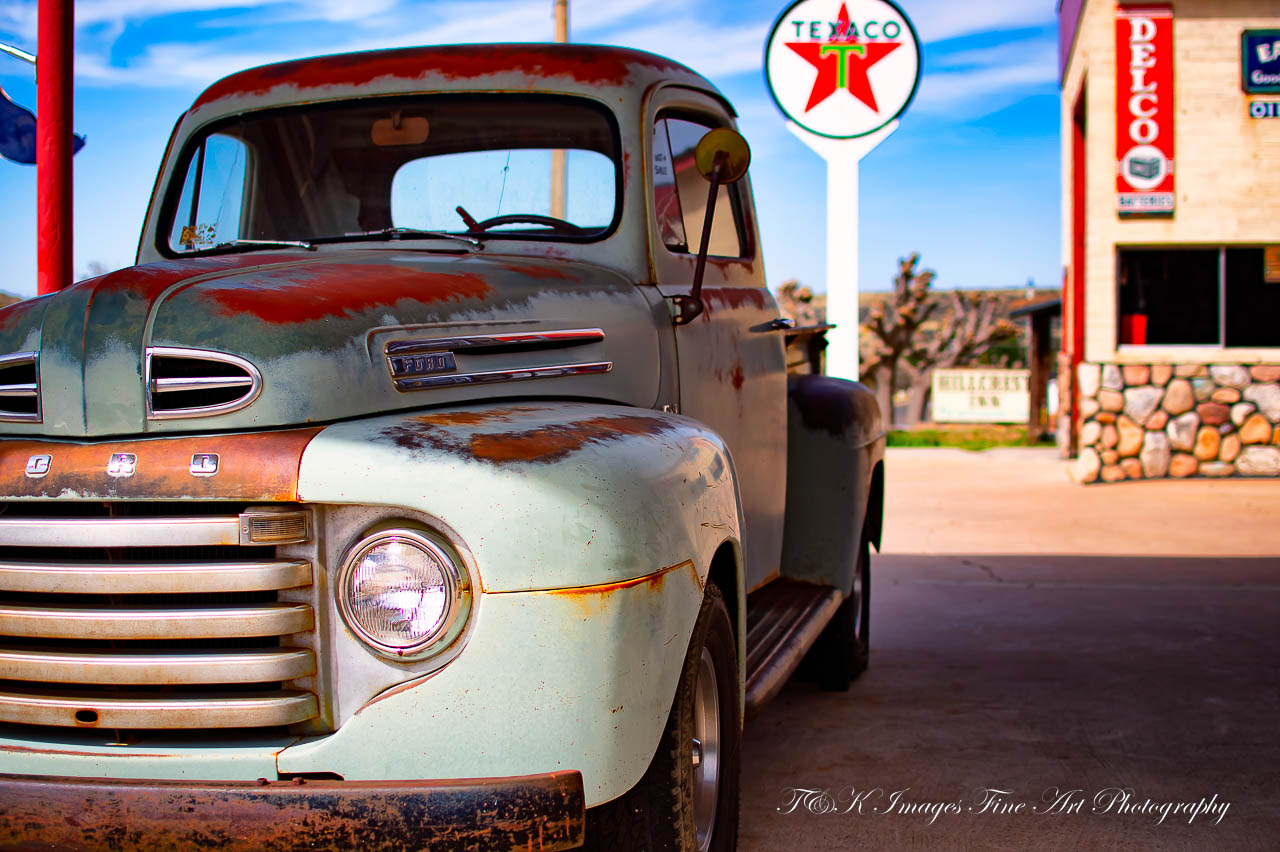 
Today we are all too familiar with the self-service gas station. However, in the not-too-distant past, gas stations such as this one were full service; not only did they fill up your car, but you could also get repairs done. This station reflects that period with it's large attached white garage. Even though this nondescript building does not look like much on the outside, you will be amazed at what is inside. 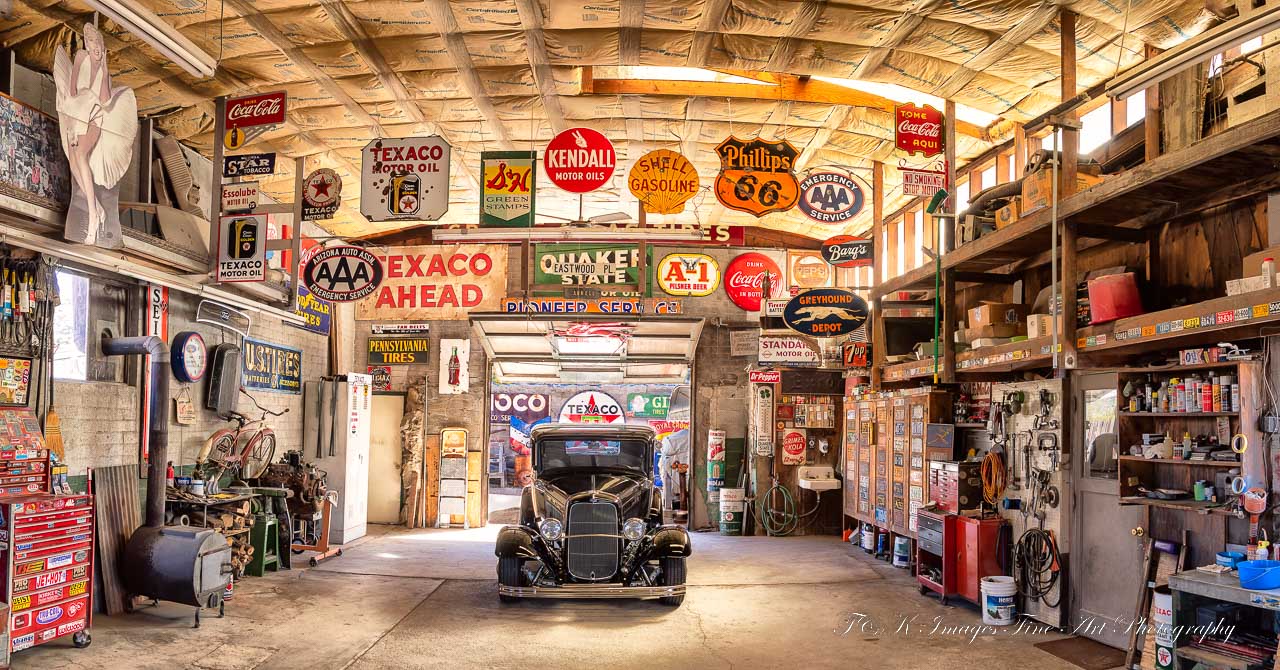 Stepping inside, you find a fully functional garage that transports you back to the heydays of the open road and muscle cars of the 1950s and 60s. The garage is home to a 1932 Deuce Coupe in pristine condition sporting a hand-rubbed lacquer finish. The garage sports a large assortment of classic signs of the same era. 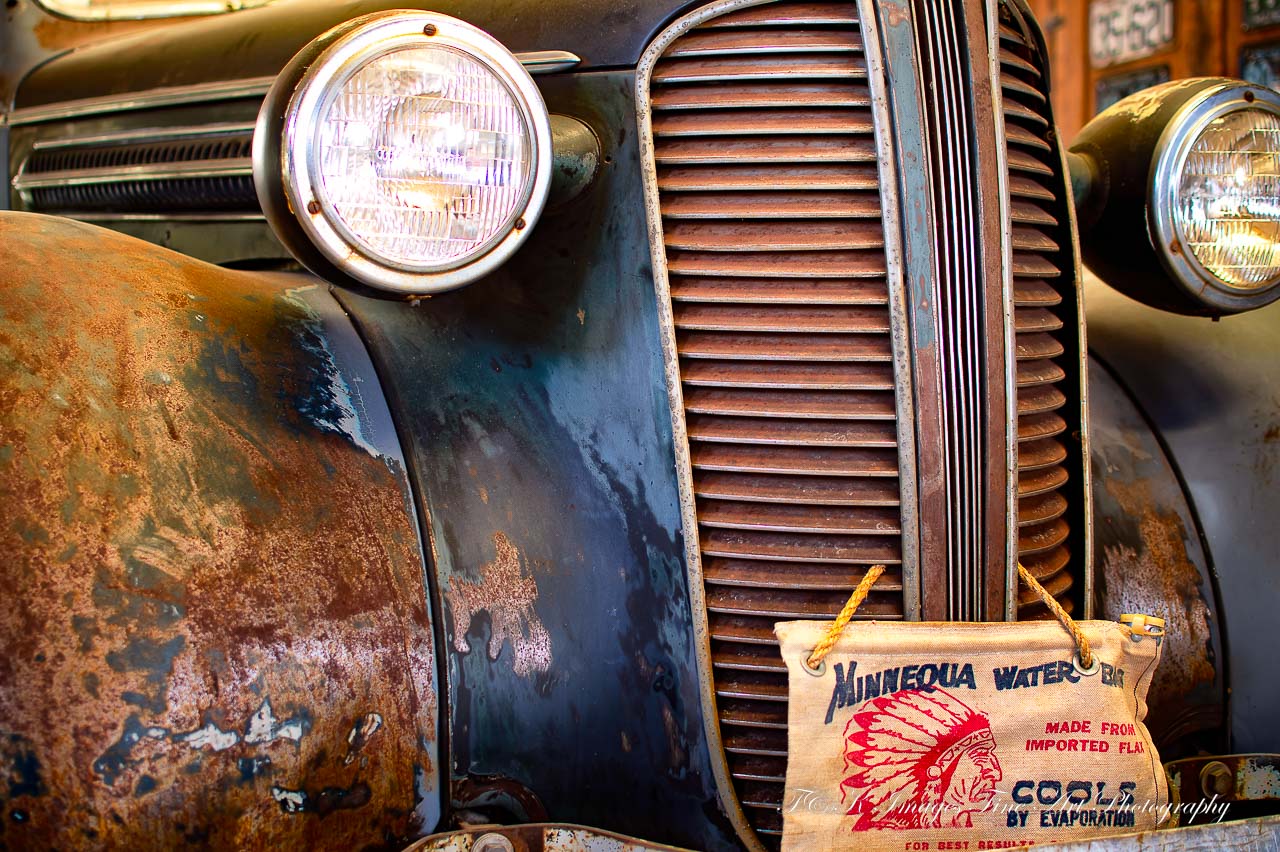 Also, in the garage, we found a 1937 Dodge four-door convertible complete with a Minnequa Water Bag. Just like today, it is important to have extra water on hand when you travel through the desert, and back in the day, the Minnequa Water Bag bag provided cool water for both the car and the driver.

If you find yourself on Route 89, head to Yarnell and check out this historic gas station and make sure to check out the store, which offers a fantastic collection of antiques.