Ocotillos and Hummingbirds Working Together

Ocotillos are common to the Sonoran Desert and are one of the most unique plants in the southwest. Most of the time, they appear like dead sticks and do not draw too much attention. However, that all changes between mid-February and mid-April when Ocotillos transform from dead sticks into a bright green plant with spectacular red blooms. 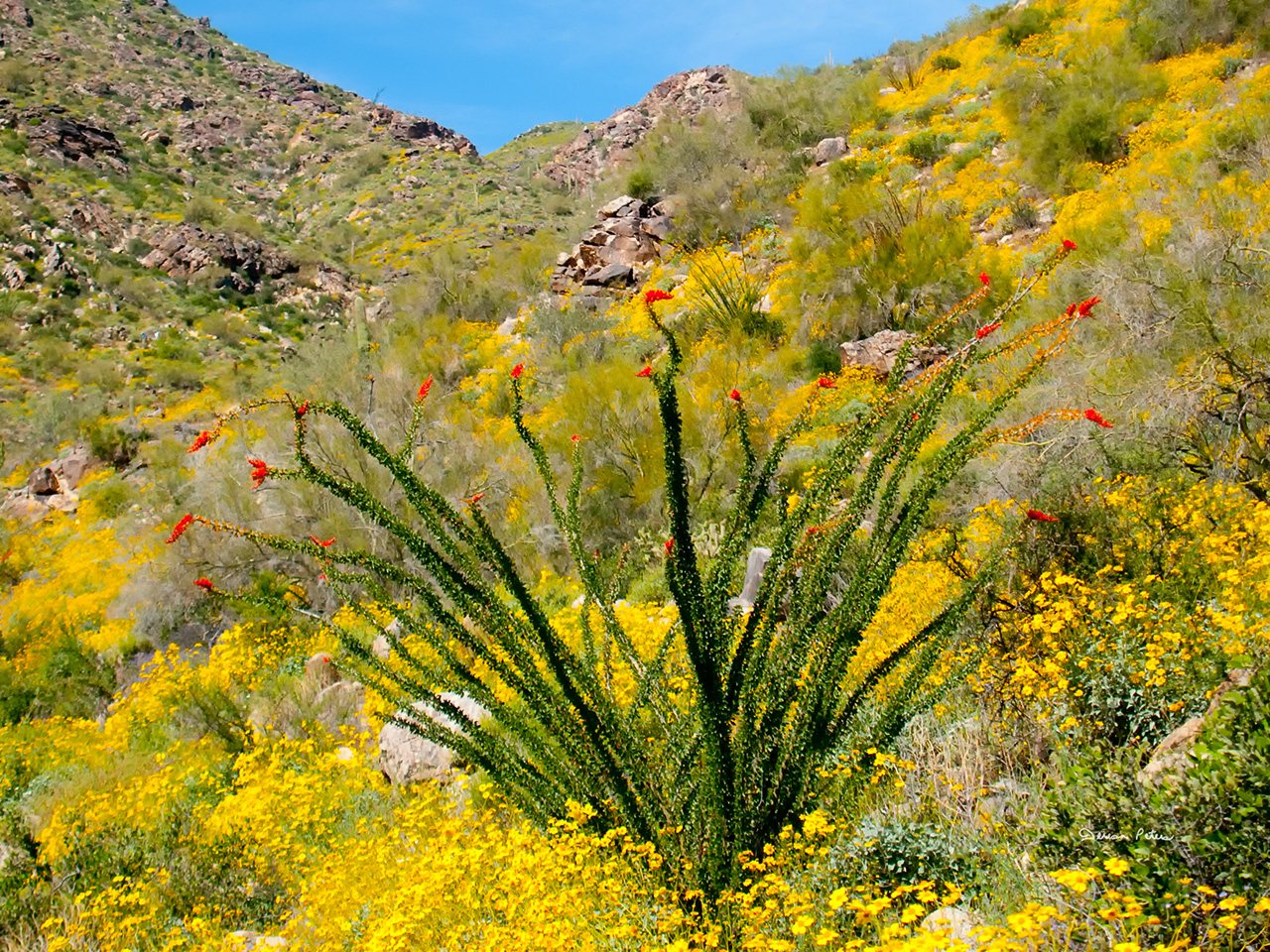 Ocotillo is Spanish for Little Torch, referring to the bright red flowers that appear at the end of the stems. The photograph above is a classic example of an Ocotillo in bloom. However, this is not it's only name, some others include Jacob's Staff, Desert Coral, Candlewood, Vine Cactus, Coachwhip, and my personal favorite Flaming Sword.

Ocotillos has thorns and live in the desert, and many people think of Ocotillos as a cactus, but they are actually a thorny shrub. This becomes clear when there is plentiful rainfall and small leaves quickly appear. These leaves provide a quick source of extra food through photosynthesis. When the water dries up the leaves disappear as quickly as they came, this allows the plant to retain moisture within the plant.

Ocotillos bloom in the spring to coincide with the Hummingbird migration.

Ocotillos have co-evolved with hummingbirds. If you look closely at the flowers, you will see that they have a tubular shape, perfect for a hummingbird's beak. 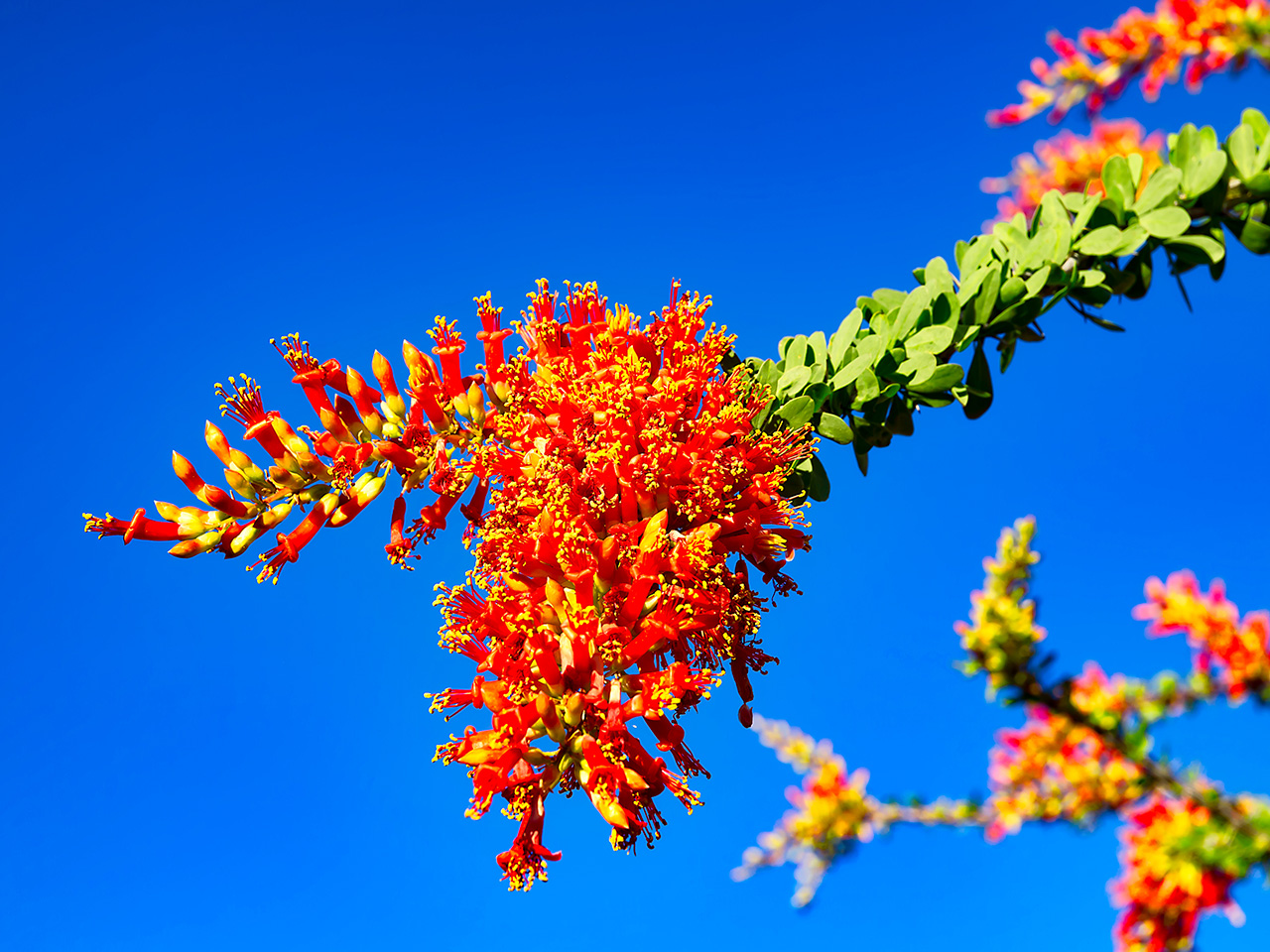 Ocotillos are perennial plants that can grow to 20 feet in height and can live well over 100 years. They have extensive woody roots to gather moisture allowing them to bloom during a dry spring when other desert plants may not. This provides a reliable food source for hummingbirds during their northern migration. In this way, the plant and the hummingbird both benefit. The Ocotillos get pollinated while the hummingbirds get much-needed fuel for their long trip north. 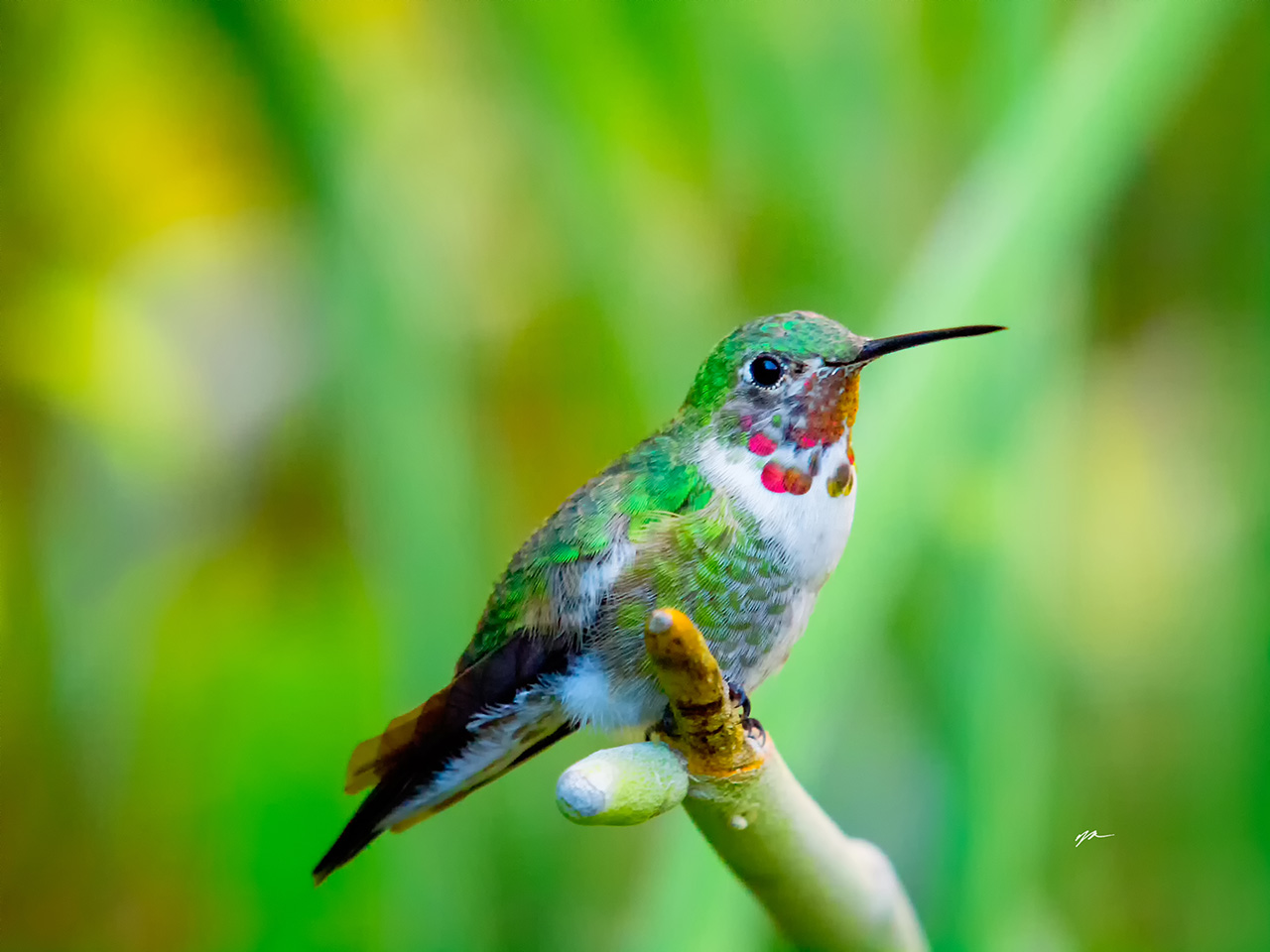