As landscape photographers, we are at the mercy of mother nature regarding the weather and lighting, so we need to be able to travel in a way that allows us some flexibility in our schedule. In order to have this flexibility, we travel via an RV, so finding a place to stay is the first order of any trip. On our most recent Monument Valley Tribal Park trip, we stayed at Utah's Goosenecks State Park.

Perched on the edge of a deep canyon, this small park allows you to camp along the edge of the canyon with impressive views of a series of river curves known as a gooseneck. Gooseneck State Park allows you to overview the most striking examples of an entrenched river meander in North America.

The San Juan River slowly makes its way through the meander, flowing a distance of over six miles while advancing only one and a half miles west on its way to Lake Powell.

Heading southwest from Goosenecks State Park on Hwy 163, you get your first glimpse of Monument Valley Tribal Park. The view at mile marker 13 is the first of many iconic scenes from this area. This view has been on the front of many Utah maps over the years but was an unnamed view along the road.

That changed in 1994 when it was featured in the movie Forrest Gump; this is the point where Forrest decides to end his cross-country run. Thanks to the film, the location is now known as Forrest Gump Point and has become a must-see for many folks.

As we explored the park, Teresa spotted a Yucca plant in bloom. She captured this great up-close photograph of this Yucca flower using her excellent macro skills. 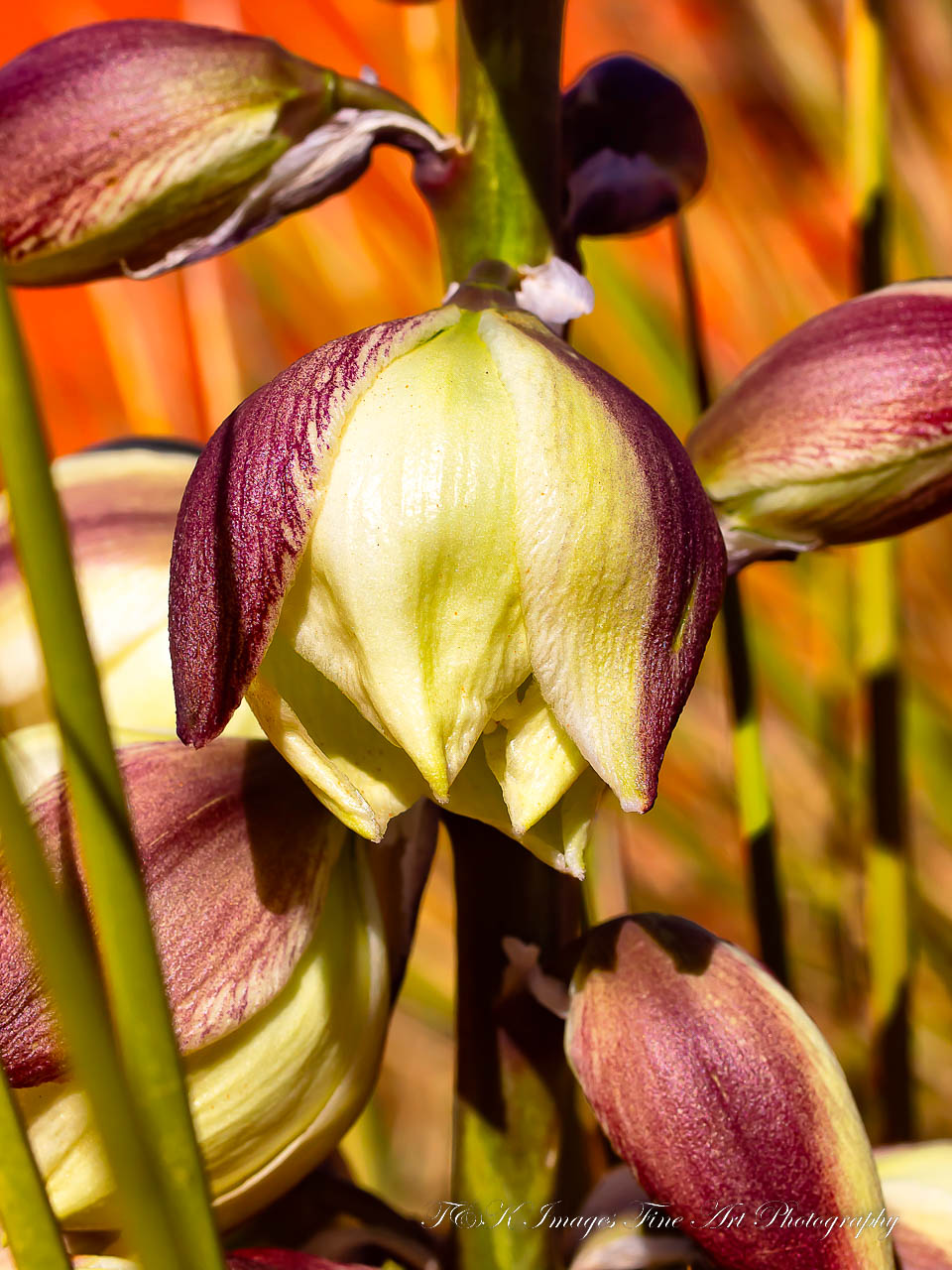 The East and West Mittens are the two most iconic features within Monument Valley Navajo Tribal Park. The Mittens are typically photographed as two ends of a triangle, with Merrick Butte as the triangle point. I took a new approach to capture the West Mitten. As we exited the valley floor at the end of the day, I spotted the sun highlighting the waves in a small dune and lighting up the face of the West Mitten. 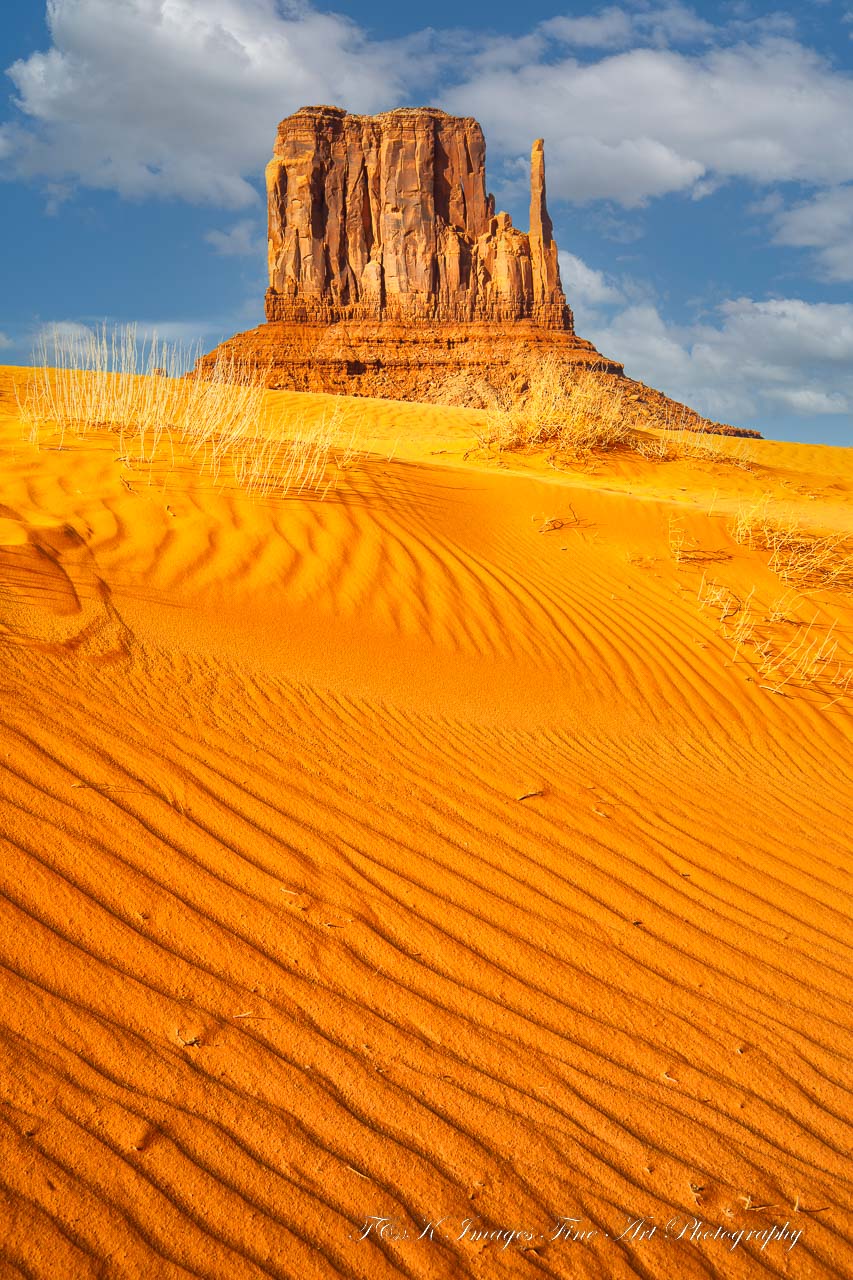 As mentioned above, the alignment of the East and West Mittens forms two ends of a triangle, with Merrick Butte as the triangle point, which is the most iconic view of Monument Valley Navajo Tribal Park.

This panoramic photograph captures the fantastic coloring of the sun lighting up the landscape under some forbidding clouds.

If you would like to add any of these images to your collection, click on the image or title to see the sizing and pricing.