When one thinks of domestic vineyards and wines, California comes to mind. This is no surprise as California is king, with over 4,800 wineries producing over 649 million gallons of wine in 2021. The closest state to California is Washington, with 450 wineries, the state of Arizona finds itself 27th on the list. However, the lack of quantity of wineries in Arizona does not distract from the quality of the wine produced. The Sonoita/Elgin winegrowing region has been recognized as one of the top ten wine trails in the country by USA Today. 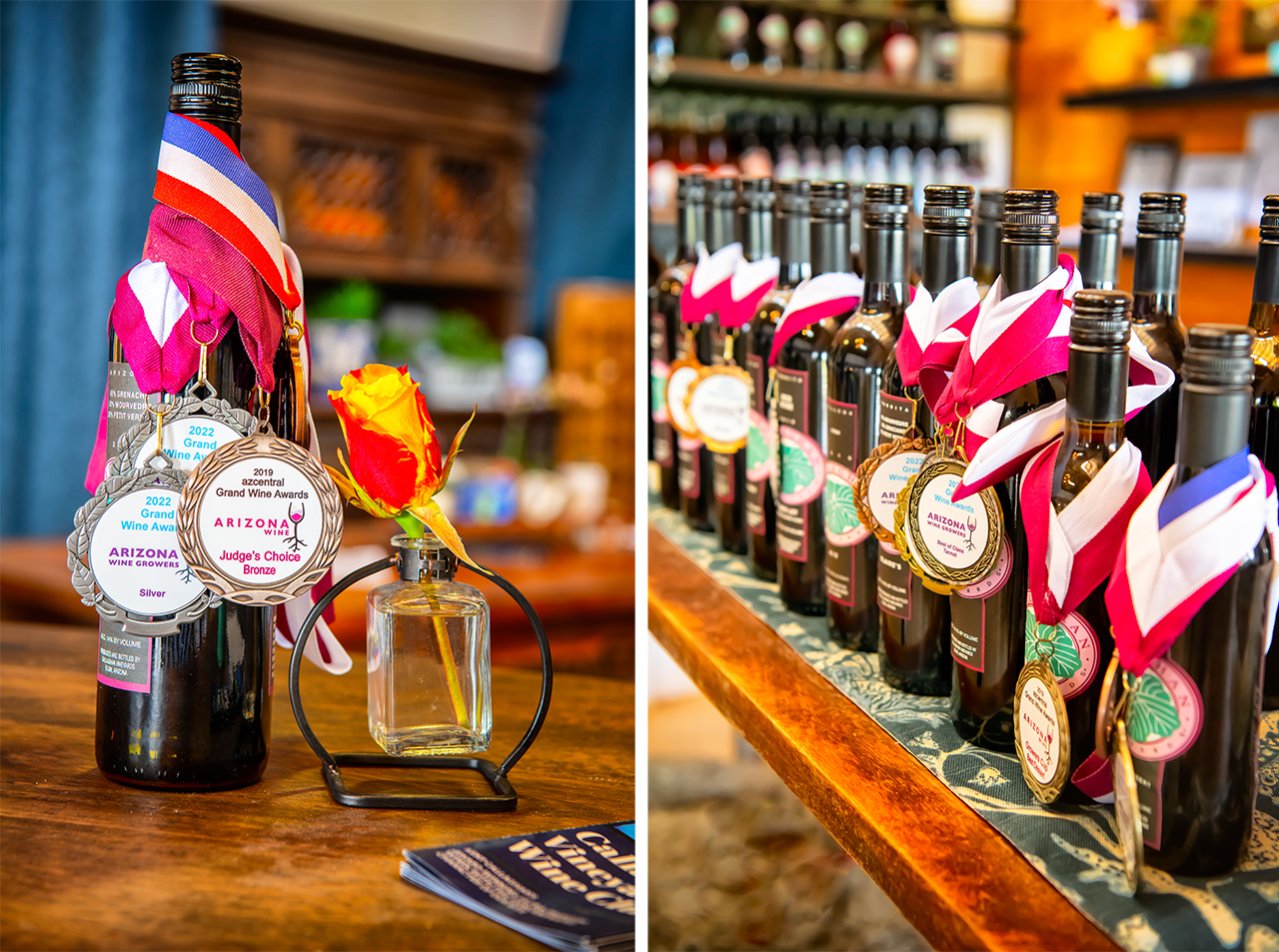 From the Sonoran Desert to Rolling Hills and Grassland

Elgin is only 60 miles from Tucson, Arizona, but it feels a world away. As you leave Tucson, you are on a steady climb, leaving behind the Sonoran Desert and the iconic Saguaro cactus. Before you know it, you find yourself at 5,000 feet in the middle of the Sonoita grasslands, surrounded by the Whetstone, Huachuca, and Santa Rita mountains. 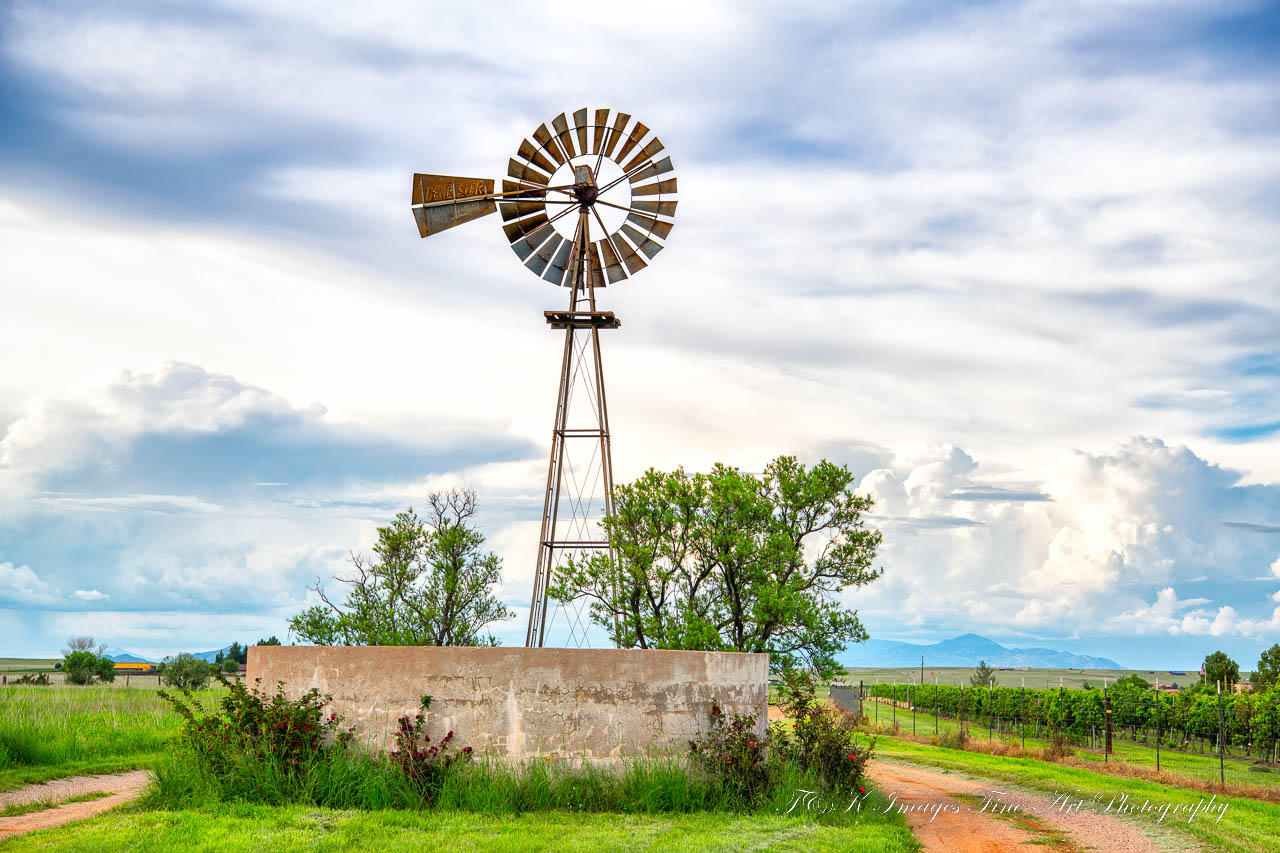 Driving through the region, you see several old windmills, a reminder of the area’s rich ranching history. These grasslands supported the Arizona cattle boom from 1873 to 1893. At the peak, the ranches in this area shipped as many as 3,000 head of cattle a day. However, the great drought of the 1890s had a huge impact on the industry, and ranching declined in the area. It may have declined, but it is not gone; case in point, the Babacormari Ranch is owned by the Brophy family and they operate the largest contiguous private land parcel in Arizona, covering 28,000 acres supporting up to 16,000 head of cattle.

In the 1970’s Gordon Dutt, Ph.D., stunned his peers when he proposed that Arizona could be a wine-producing state. Dr Dutt, working as a soil scientist for the University of Arizona, discovered a similarity between the soil in the Elgin-Sonoita area and that of Burgundy, France. This, combined with the region’s average of 20 inches of rain and summer temperatures in the mid 80’s, Dutt felt confident that grapes would thrive here. He proved his point when he planted his first vines in Sonoita in 1978, thus creating Arizona’s first vineyard. His groundbreaking work resulted in the creation of the Sonoita AVA (American Viticultural Area) one of the first winegrowing regions in the United States to be granted AVA status.

The main concentration of wineries in this area is along Elgin Road. This road cuts through the grassland, leading you to eight vineyards with rolling hills and mountains in the background.

Unlike the rush and seemly unending traffic of California’s Napa Valley, visiting this area has a feeling of calm. There are no crowds, no heavy traffic, just you sitting outside with a glass of wine, watching the wind form waves in the tall grass with the distant sound of thunder of an afternoon monsoon storm. 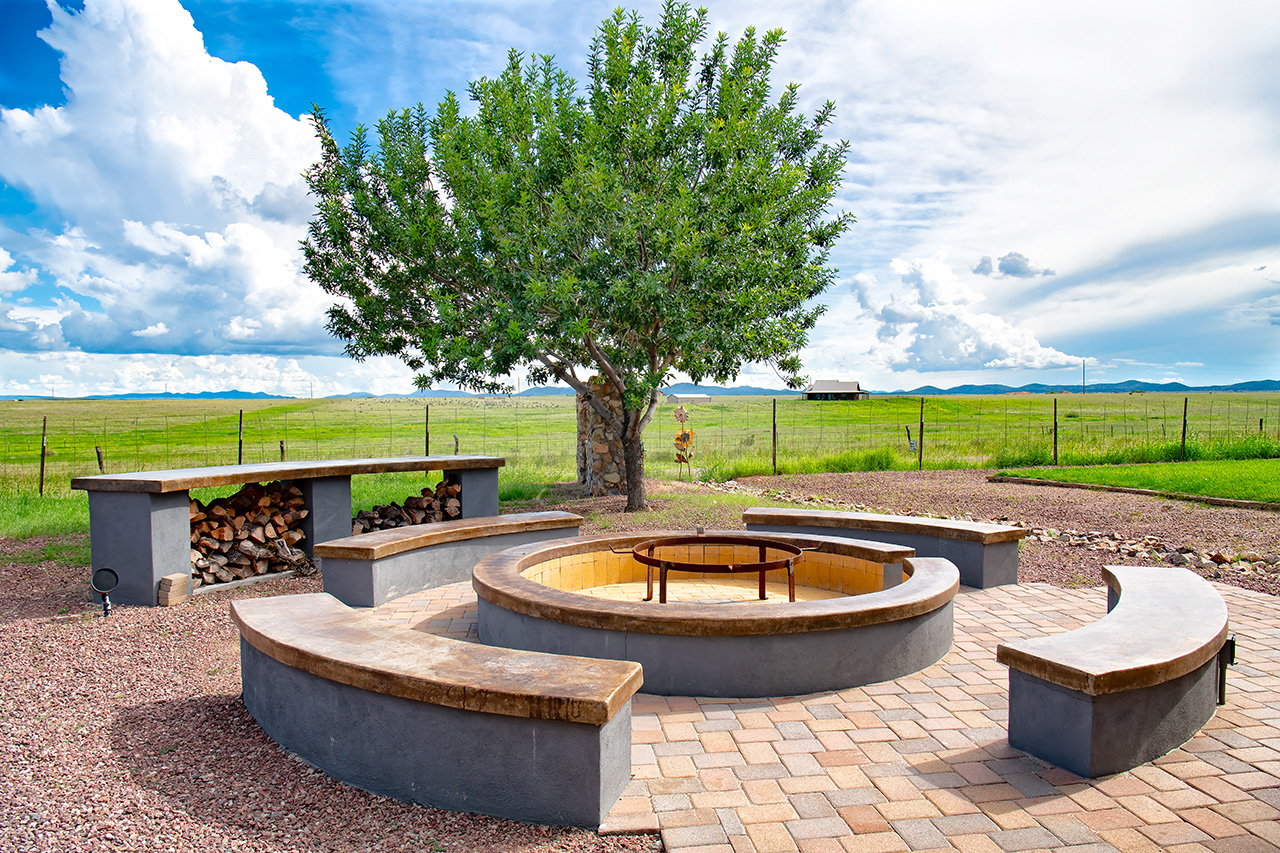 During our visit, we spent time at two of Arizona’s award-winning vineyards, Flying Leap Vineyards & Distillery and Callaghan Winery.

Flying Leap is a committed team of Arizona family farmers, skilled winemakers & artisan distillers, and a team of passionate wine & spirits retail merchants. Flying Leap is also a full-service, direct distributor of its wines and spirits portfolio to on & off-premise wholesale customers. They are growing a vast portfolio of French, Spanish and Italian winegrapes at their vineyards in southern and southeastern Arizona. They produce a delicious array of ultra-premium wines and distilled spirits from their harvests. 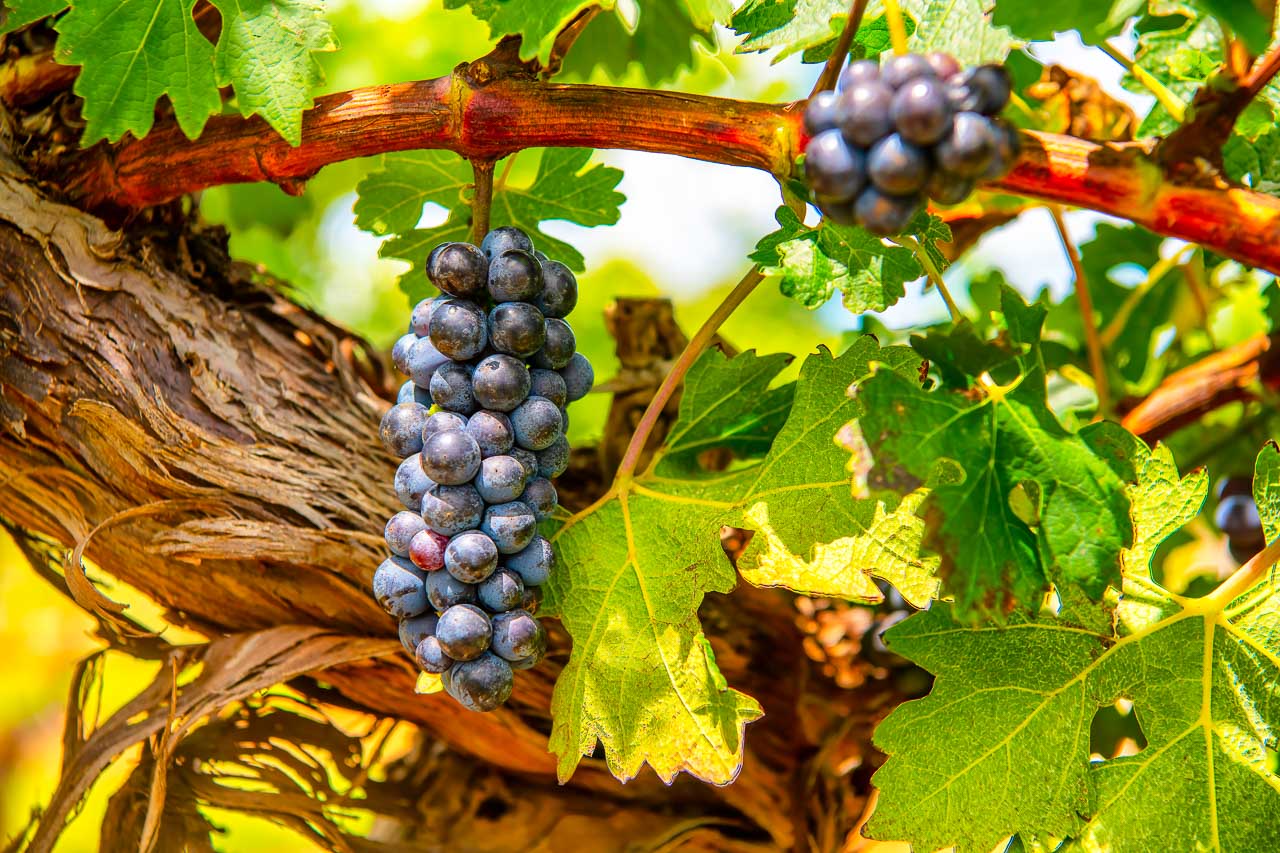 Callaghan Winery is family owned and operated. Founded in 1990, Callaghan Vineyards is on a mission to produce some of the world’s best wines.

Most of our time is spent working in the vineyard. Any discussion with any serious wine producer in the world is always dominated by viticultural details and the weather patterns of any given vintage. Wine potential is determined in the vineyard. So our winemaking approach is decidedly simplistic –no gizmos, lots of barrels (new to fifteen years old), aging on the lees, and little racking.

Since our first vintage in 1991, our wines have received accolades from the most respected wine writers & publications in the world, including Robert Parker — Decanter, Karen MacNeil -Oz Clarke, and Tom Stevenson -The Wall Street Journal.

The number of awards for Callaghan Vineyards is quite long. Besides the long list of awards, their wines have been served at the White House four times under three different Presidents. 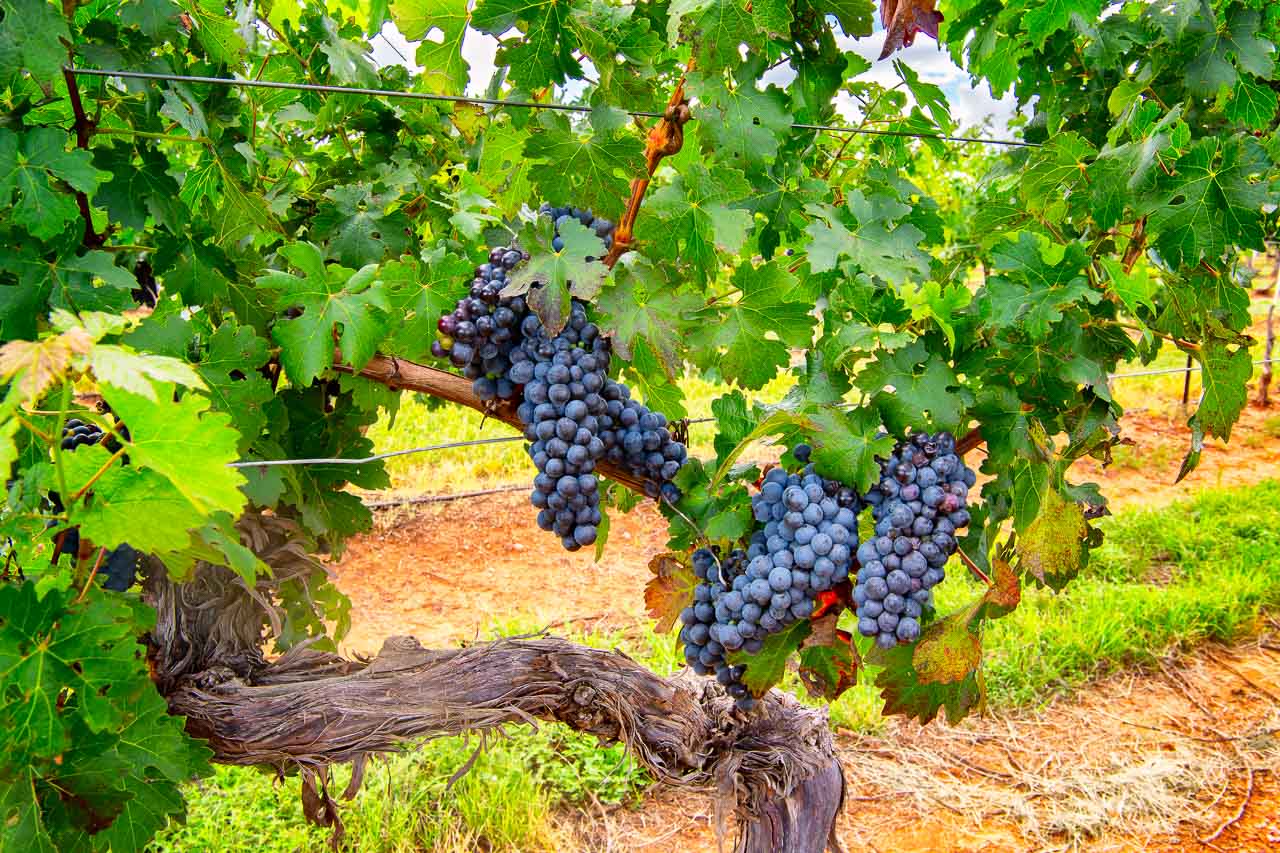 To purchase a photograph:

If you would like to purchase any of these photographs, just click the link under the image for pricing and sizes. Also check out our other vineyard images here.

Kartchner Caverns State Park is only 25 miles from Elgin road along Hwy 90. If you are a Harvest Host member, Sonoita Vineyards allows up to a three night stay.

You can also go back in time by visiting Tombstone, only 35 miles east via Hwy 82.