Crater Lake is a beautiful, deep blue lake located in south-central Oregon in the United States.

The lake formed around 7,700 years ago when Mount Mazama's volcano collapsed and created a caldera with a depth of 2,148 feet. Over time the caldera filled with water fed by rain and snow, forming the deepest lake in the United States with a depth of 1,949. The lake's incredible depth provides its deep blue color. 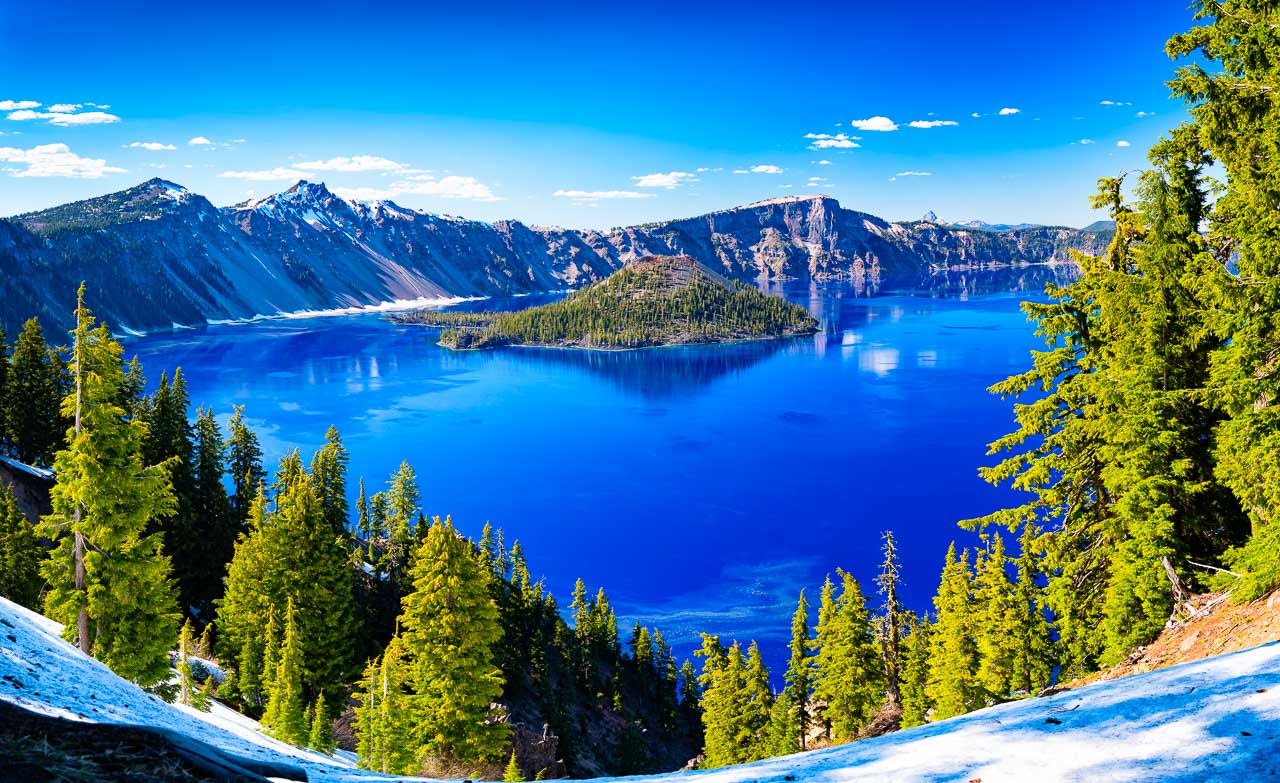 Crater Lake is a stunningly beautiful place; this photograph of the lake was taken from the snow-covered rim. The lake is known for its deep blue color and crystal-clear waters, some of the purest in the world. This photograph highlights the breathtaking view of the lake and its surrounding landscape, including Wizard Island.

Wizard Island is a cinder cone volcano located within Crater Lake. The island is located in the western part of Crater Lake. Wizard Island is the largest of several small islands in the lake and is about 763 acres (3.1 km2) in size. It is named for its resemblance to a wizard's hat.

This panoramic is in a format of 1x4. We choose this format to allow you to get the full feeling of the size and grandeur of this lake. Taken on a clear day in spring, it allowed the deep blue color of the water to add a great contrast against the snow-topped mountains that form the caldera that contains the lake.